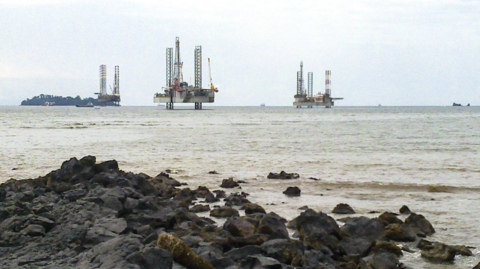 In 2019, Cameroon adopted a new Petroleum Code, introducing new regulations for oil exploitation, with the goal of boosting investment in this sector. Guy Lebrun AMBOMO reflects on the implications of this new law for the protection of communities' land rights.

Oil-related activity began in Cameroon in 1947 with the exploration of the Souelaba and Logbaba oil and gas reserves in the Douala Basin. The first commercial discoveries were made in the Rio del Rey basin in 1972. However, it was not until 1977, after the Kolé field came on stream, that the country became an oil producer. In 1985, production reached a record level of 186,000 barrels/day, but a decline in production the following year due to the oil shock led to the withdrawal of operators and discouraged potential investors. It was only with the tax reforms of the 1990s that the sector regained the interest of oil companies. The 1995 and 1999 Laws were introduced to make the sector more attractive for investors.

However, the controversies around the management of oil revenues by the National Hydrocarbons Company and the government have continued, as was seen during the purchase of the presidential plane, which later became known as the Albatross affair. Indeed, the sector was managed for many years in total secrecy, until the arrival of the Extractive Industries Transparency Initiative (EITI) in 2002.

In April 2019, Cameroon adopted a new Petroleum Code to replace the previous one, which was twenty years old. Faced with the depletion of reserves, ageing infrastructure and the deferral of some investments in the sector due to the instability of prices on the international market since 2016, this new law aims to revive the exploitation of oil and gas, improve the level of their production, increase state revenues and boost the development of the populations living in the vicinity of oil fields. Indeed, Cameroon is rich in natural resources and it relies heavily on oil exploitation, which has always accounted for a large share of its revenue. As an illustration, between 2015 and 2019, the contribution of the oil sector to the state budget fluctuated between 387 and 774 billion CFA francs, making it the second largest source of budgetary revenue in Cameroon.

However, oil extraction projects can have severe impacts on the communities bordering the project sites. Indeed, it can lead to a loss of the lands and natural resources they use: in the name of the general interest, the government can acquire lands occupied by communities through expropriation “for public utility”. These impacts, considered with other problems created in the past by onshore oil projects (such as the Chad-Cameroon pipeline) or expropriations in other economic sectors, justify looking at the fate of the land rights of populations bordering exploitation sites, as per the new Petroleum Code.

For new oil projects, the Petroleum Code of 25 April 2019 requires project developers to identify the types of land impacted by their project, the owners and all assets on it. The aim here is to compensate all those who, because of oil exploitation, will lose registered and unregistered property. However, this remains limited to lands that show visible signs of development, i.e. on which there are a number of realisations such as infrastructure or crops.

While individual land rights are recognised in the new legislation, some limitations from the 1999 Petroleum Code remain. These include, for example, numerous obstacles that communities may face during compensation processes: non-evaluation of the transitional period for crops, outdated compensation scales that do not take into account current market prices, undervaluation of property destroyed by the project, and difficulty or even non-assistance in the resettlement of displaced persons.

In addition, some social groups such as indigenous forest peoples, whose land use activities revolve around hunting, fishing and the collection of forest products, or the Mbororo, traditional herders and nomads, exploit land and natural resources in a way that is not recognised in Cameroonian law. As a result, these groups find themselves de facto excluded from the compensation process.

There have often been problems with compensation for development projects in Cameroon, and while civil society has regularly made proposals for land reclamation and for the improvement of land management to take into account the interests of all users, the new Petroleum Code unfortunately does not propose solutions to these weaknesses from the 1999 laws.

Cameroon has established a system to grant exploitation rights that does not take sufficient account of either individual or collective land rights. In addition to adverse socioeconomic and cultural impacts, maintaining this system in the new Petroleum Code can have harmful consequences for the development of oil activities. Thus, Cameroon could face conflicts between oil companies and local communities, communities and the state, and the state and companies, with serious human rights implications. A parallel can also be drawn with other sectors, such as the oil palm sector, where economic losses caused by operational delays due to conflicts between communities and companies in the sector have been significant. Cameroon, which is already affected by this type of conflict, could also experience it in the context of its oil activities.

For a country that derives a significant part of its public revenues from the oil sector, the risk is high. It is all the more so since oil exploitation is no longer exclusively offshore, as was the case for a number of years, with restricted access to offshore oil platforms. Today, onshore oil exploitation is on the rise in Cameroon, and will therefore be in direct contact with the population.

One of the consequences of oil projects, as for other resource extraction projects, is that communities lose their land, often their only source of supply in goods and services. For this reason, it is important to find the right mitigation or compensation for such projects. For this to happen, with a view of peaceful cohabitation between oil companies and communities, it is necessary to :

Guy Lebrun AMBOMO (gambomo@relufa.org) is Programme Assistant at the Network to Fight Against Hunger (RELUFA) and conducts research on natural resources governance as part of the LandCam project.