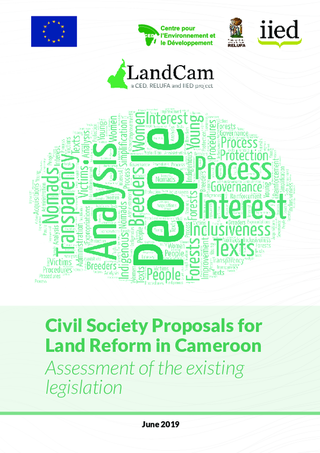 Following the instruction of the land reform by the President of the Republic of Cameroon in 2011, civil society organizations were given the opportunity to contribute to the content of the reform. The analysis of their proposals reveals their interest in issues related to the reform process and the recognition of land rights. However, contradictions emerged from the various proposals, due to the lack of coordination between the different actors.

The LandCam project sees this as an opportunity to strengthen the coherence of civil society's proposals and to complete them in order to cover all the issues that would allow for in-depth land reform. The objective of this study is to compile and analyse civil society proposals for land reform.