Disappearance of indigenous languages in Cameroon: what if the problem was linked to land? 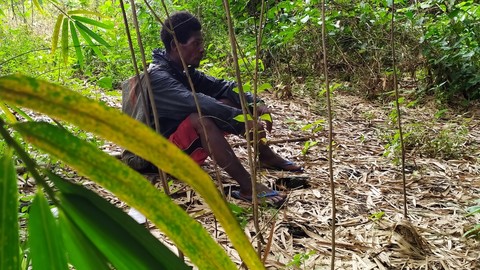 Last year, the United Nations declared 2019 as the International Year of Indigenous Languages, and at the same time estimated that nearly 95% of indigenous languages could disappear or were at risk. In Cameroon, the situation is very alarming. Indigenous peoples (Baka, Bagyeli, Bedzang and the Mbororos) are witnessing the progressive loss of their linguistic identity. While several factors contribute to this state of affairs, the loss of territories and other ancestral indigenous lands are important determinants. Indeed, indigenous languages have existed for generations, but they are now only spoken by a limited group of people, within given territories. It is therefore clear that there is a close relationship between languages and territory. The loss of territories for indigenous people, and consequently the disappearance of their languages in Cameroon, is the result of several factors conditioned by public land policies.

Land: a place of expression of linguistic identity

Language is a fundamental element of identity and plays a key role in the emancipation of human beings. Language is closely linked to the territory on which it is based. Béatrice Gilbin (2002) thus declared, "to succeed in imposing the dominant, or even exclusive, practice of a language on a territory is to mark its sovereignty over that same territory". Article 8 of the United Nations Declaration on the Rights of Indigenous Peoples  prohibits any kind of assimilation or destruction of the culture of indigenous peoples, and prohibits any act aimed at or resulting in the dispossession of their lands, territories or resources. The richness of indigenous vocabulary is indeed conditioned by the availability of a space upon which the language is built and enriched.

Beyond language, we should consider the interdependence between land rights and the preservation of the socio-cultural identity of indigenous peoples. Cameroon owes its nickname of "Africa in miniature" in part to the diversity of ethnic groups across the country, and to the rich culture of these groups. As a place of cultural expression, land is also an element of cultural identity.  Indigenous territories are sites for gathering, celebration and initiation. They are sites for the transmission of history, lifestyle and thought. For centuries, indigenous lands and territories have met their needs. Their "nurturing mother" provided them with care and nourishment. They had freedom of movement and practiced itinerant teaching throughout their journeys. The logical consequence was the richness of their culture and the diversity of their knowledge.

In Cameroon, the land tenure situation of indigenous peoples is characterised by the non-recognition of their way of life by the various legal texts governing land tenure. This has important implications on their languages. The destruction of their territories and the dispossession of their lands are leading to the progressive decline of this rich culture. This situation has had a direct impact on the disappearance of certain languages.  This is the case of the Bedzang, indigenous communities of the Central Region living in the Tikar plain and under the socio-cultural domination of the Tikar, who make up nearly 90% of the population in the Ngambe-Tikar district. The forced sedentarisation of the Bedzang, with the resulting loss of their ancestral lands and territories to the Tikars and to projects for the exploitation of forest resources, has led to the total disappearance of the Bedzang language. Today all the Bedzang speak only Tikar.

This analysis can be extended to the case of the Baka and Bagyeli, indigenous forest peoples of the East and South of the country, who were expelled from their ancestral lands as a result of certain policies in the aftermath of independence, as well as for the exploitation and conservation of natural resources. They have been forced to settle on the roadsides of villages of dominant groups (Bantu). In order to survive in their new homes, they were considered the property of the Bantu who permitted their settlement.  For several years a term was used in the localities of Eastern and Southern Cameroon, namely "my pygmy". This reflected a master-slave relationship, materialised by the assimilation and dependence of the indigenous people on the Bantu way of life, and included the prohibition of speaking a language other than that of the "master". The Bantu languages were, and still are, used to govern many aspects of social life (conflict resolution, education, trade, hospital care, etc.).  The poor representation, or even absence, of indigenous chiefdoms recognised by the administration in these localities had as one of its consequences the settlement of disputes between indigenous people before the Bantu chiefdoms in the Bantu language.

As part of a study carried out in some 20 villages, the old Jean NDOUTOUMOU, a member of the indigenous community of Assok, Mintom district, who is also a volunteer teacher at the pre-school centre, said that indigenous languages are an important means of transmitting and enhancing their culture.  In front of the only Moungoulou (traditional Baka hut), the Kobo (elder), as he is affectionately called, believes that the richness of the culture and therefore of the language is largely conditioned by the environment in which the speaker evolves.  For him and his community, the crisis of the indigenous territory, characterised by the deprivation of access to forests and other sacred sites, has negative impacts on the preservation of their language. The progressive disappearance or restriction of access to certain animal and plant species essential to the rituals and traditional pharmacopoeia also leads to the disappearance of the vocabulary used during these ceremonies, or else the loss of traditional knowledge related to the pharmacopoeia that is transmitted from generation to generation. In a context of access and benefit-sharing related to the use of genetic resources and associated knowledge, the need to guarantee indigenous peoples' access to lands and natural resources becomes more than urgent in view of the economic benefits for both the State and the indigenous peoples themselves.

What can the reform do to address this issue?

The ongoing land reform offers a unique opportunity to recognise the land-culture nexus for indigenous peoples in the Cameroonian legal framework. Clearly recognising their close link with the land as an element of their identity would undoubtedly restore their dignity. In accordance with Cameroon's obligations under international law, including the two Covenants on Civil and Political Rights and on Economic, Social and Cultural Rights, the African Charter on Human and Peoples' Rights and the United Nations Declaration on the Rights of Indigenous Peoples, the new land law should include guarantees to secure indigenous peoples' land rights on their ancestral lands and in their areas of activity through participatory mapping. It should prohibit any land-related action/project that could undermine their socio-cultural identity. This would require the recognition of traditional indigenous chiefdoms and the clear delimitation of their geographical spheres.

Beyond issues of land tenure, the protection of indigenous peoples' rights in Cameroon above all requires their recognition as such. Thus, the ratification of ILO Convention 169 and the introduction of specific measures to protect their rights in an indisputable manner are imperative.

Romuald NGONO OTONGO is a lawyer at the Centre for Environment and Development (CED) and works on the protection and promotion of indigenous peoples' land rights as part of the LandCam project.