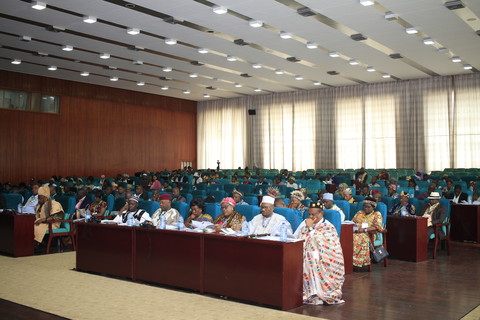 The massive arrival of land users in Cameroon exposes communities to greater insecurity of their land rights, due to competition from new actors in access to land. It is therefore important to set up a land governance framework that allows all stakeholders to have their rights and interests acknowledged and protected. This requires the establishment of a forum for discussion bringing together all stakeholders in land management, to express themselves on the challenges faced at the local and national levels by communities in all their diversity (men, women, indigenous peoples, pastoralists and farmers, etc.), the private sector, public administrations, projects, municipalities, parliamentarians, traditional leaders, civil society and researchers.

From 21 to 25 January 2019, LandCam organised the Land Tenure Week in Yaoundé, under the theme "Local land management challenges in Cameroon". The 400 or so stakeholders who attended shared their experiences on local land management, through eight specific workshops, which made it possible to diagnose the situation and identify courses of action that will feed into the ongoing land reform.

The exchanges allowed everyone to share their perspectives, understand their differences and find common ground in the search for solutions related to the management of local land challenges.

Recommendations and proposals emerging from the Land Tenure Week will be systematised and submitted to Cameroon's political decision-makers for consideration.

Workshop 1: Open questions on local land management with the University of Yaoundé 2

On 21 January, academics and researchers from the University of Yaoundé 2 were invited to reflect on local land management in relation to Cameroonian legislation. Led by Prof. Pierre-Etienne Kenfack, the team of legal experts discussed land management in a context of decentralisation and focused on the involvement of gender in the process.

Prof. Cyrille Monembou suggested that the national domain should be divided into local land domains, which would be entrusted to decentralised territorial authorities. Just as the State is the guardian of the national domain, decentralised local authorities could own domains at the local level and thus facilitate the implementation of large-scale projects and infrastructure as required in the context of decentralisation.

Speaking of women's involvement in land management, Prof. Jeanne Nchimi emphasised that "the concept of 'gender' is not a women's issue, but refers to the responsibility of men and women". She concluded that, in the context of land management, "women must leave the silent majority and claim, beyond the land use rights granted to them, their aspirations to own land. »

Workshop 2: Women and traditions: what perspectives for women's access to land?

Traditional rulers are involved in the ongoing land reform process in Cameroon and made a proposal that mentioned the recognition of women's land rights. On 22 January2019, through presentations, group work and plenary discussions, traditional rulers of the Traditional Leaders' Network for Sustainable Ecosystem Management in Central Africa (RECTRAD), local CSOs, indigenous peoples' representatives, community leaders and local governments discussed legally applicable proposals for a better integration of women into rural land governance. The German Society for International Cooperation GIZ has been implementing this activity with CED and RECTRAD.

At the end of the meeting, the traditional chiefs promised to examine the issue in greater depth and to guarantee that women's land rights would be respected, while respecting local customs. They will conduct studies of women's customary land rights in different parts of the country. As a result, pilot village sites will soon be established in Cameroon, where women's land rights will be better recognised and protected. This commitment will be monitored and lessons learned will be disseminated at the local, national and even international levels.

In order to stimulate the interest of media in land governance issues for better monitoring and communication around these themes, the National Engagement Strategy (NES) invited journalists on 22nd January2019 to discuss its priority actions for the current year and build their capacity on land governance. NES Cameroon, of which the CED is a member, merges the actions of civil society in order to promote the recognition and protection of the land rights of the most vulnerable groups (small farmers, women, indigenous peoples, migrants) and also to improve the social, economic and cultural well-being of populations in a sustainable manner.

Journalists from 12 media outlets exchanged views with platform members, including the coordinator of the Community Initiative for Sustainable Development (COMINSUD), which was organising the session. The exchanges focused on three themes: rangelands, large-scale land acquisitions, and the National Land Observatory.

At the end of the sharing session, reports were produced by the journalists. As a follow-up to NES Cameroon's activities, a framework for collaboration with journalists will be set up to ensure that land issues are at the forefront of the news.

Under the leadership of the Réseau de Lutte contre la Faim (RELUFA), two workshops on capacity building and sharing of experiences on land use planning were organised on 22nd and 23rd January 2019, with the participation of civil society and traditional authorities, on the one hand, and representatives of ministries and local elected officials on the other. After a presentation of the general framework for land use planning in Cameroon, the Director of Land Use Planning in Tanzania shared their national experience. Tanzania's local development system allows people to have their property on the land recognised. Villages own 78% of the land, and management is under state control. This approach generated ideas from participants on how to set up a bottom-up planning system, as Cameroon's is developed differently.

The dialogue of 22 January 2019 brought together actors implementing development projects that affect land or have an impact on lands. Representatives of the private sector and government companies, donors and rural conservation and development NGOs responded to the CED's invitation to attend.

Discussions were held on the challenges that actors from various sectors of the economy face in land management in the course of their activities. It emerged that the major problem is the lack of clarity on land ownership. It is therefore crucial to clarify land tenure systems in Cameroon, not only for the benefit of traditional communities, but also for investors and the government, with a "win-win" perspective.

Workshop 6: Dialogue with the private sector

The objective of the meeting of private sector actors on 22 January 2019 was to share initiatives and results obtained or expected in the management of relations between riverside communities and investors. Participants shared their experiences; shared challenges and concerns met at the local level; tried to think of potential solutions to the challenges faced at the local level. Among these challenges is collaboration with decentralised local authorities and local public administrations, which does not always make it easy to optimise everyone's contribution to local development. In addition, there are sometimes overlaps between titles and uses in the same area, which makes it difficult to carry out actors' activities. Clear regulations should organise the recognition of vital spaces to communities.

Undeniably, dialogue stands out as a solution. Thus, the establishment of frameworks for dialogue with local communities to promote a peaceful social atmosphere around farms is an initiative that has been successful. Also worth noting is the effective implementation of the Environmental and Social Management Plans and the development of other activities within the scope of the company's social responsibility. Finally, investors should use the administration to resolve conflicts between communities and companies.

As a follow-up to the work, participants expressed the wish that the discussion be broadened to include other private sector actors and projects that have an impact on local land management, to deepen the discussions and find solutions for peaceful cooperation with the communities and stakeholders involved in the implementation of their activities.

Some local actors have developed approaches and tools to better understand the land issues they face and find sustainable solutions. From 23rd to 24th January, local and indigenous communities, community leaders and traditional rulers were given the opportunity to share their experiences in this area. The themes addressed were: access to land (for women and migrants); large-scale land acquisitions (by nationals, for agro-industry, for infrastructure projects, for extractive industry); conflict management related to access to land and resources (agro-pastoral conflicts, Bantu/indigenous conflicts); and mechanisms/tools for land security, preventing and resolving conflict.

Environmental advocates and indigenous peoples' representatives noted that the low level of information and community involvement in decision-making processes, and the non-recognition of indigenous peoples' land ownership by Bantu, are the main difficulties that they face at the local level.

Some initiatives should be commended, such as: the creation of a secret society of women leaders for any issue likely to impact women in the Tchomba chiefdom, North-West region; the establishment of multi-stakeholder dialogue frameworks; the creation of local agro-pastoral conflict prevention committees; the recognition of customary land ownership by local communities of indigenous peoples; and participatory mapping.

Recommendations include motivating women and indigenous peoples to take more empowerment initiatives, recognising indigenous communities as traditional leaders, but above all promoting dialogue among all stakeholders and strengthening existing dialogue platforms.

Workshop 8: Launch of the Land Observatory

The Land Tenure Week was the opportunity to launch a Land Observatory in Cameroon, with the collaboration of the NES and the International Land Coalition (ILC). Launched on 25th January, the Land Observatory aims to identify all large-scale land acquisitions for investment in all areas (mining, forestry, land, protected areas, construction of major infrastructure, etc.). The aim is to help prevent conflicts between communities and investors by better understanding where strong pressures can be expected, due to the land deficit caused by competitive demands.

The Observatory will be a decision-making tool for public administrations, municipalities, communities and civil society organisations. In order to guarantee the credibility of the data collected, a system of data verification will be put in place. Data will be collected at the national level (data on the location of investments with a land tenure impact) and at the local level (information from participatory mapping).

Below is a selection of photos from the different workshops. 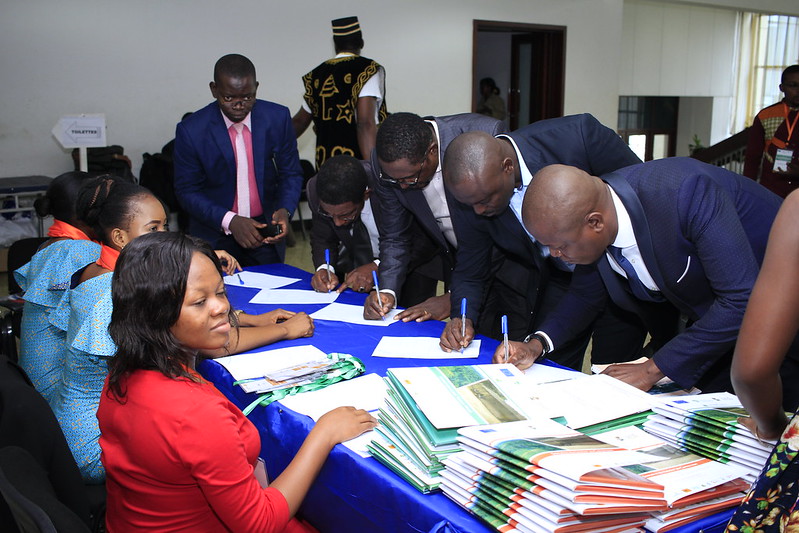