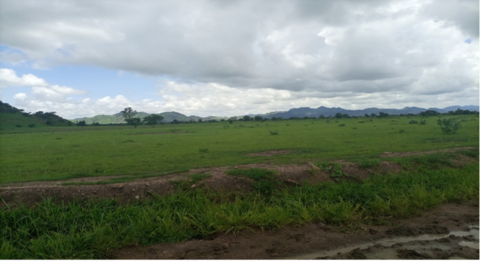 Titre Auteur via: Source CC BY 4.0

Since 2017, the LandCam project has been working with local communities across Cameroon to understand local land governance issues and strengthen local voices to contribute to the framing of a land law that addresses their concerns. Land related conflicts are recurrent in the Logone and Chari Division of the Far North Region of Cameroon and have often degenerated in instances of violence between different communities. Due to the complex and persistent nature of these conflicts, local administrative authorities alone have not been able to provide lasting solutions.

In Cameroon, land tenure questions are very complex and constitute a source of tension that sometimes degenerate in to open conflicts between different communities. This is exactly the case in the Logone and Chari Division of the Far North Region of Cameroon where recently, some villages in the Logone Birni basin became the hotspot for violent land related conflicts. On the 10th of August 2021, violent clashes emerged between the Arab Choa and Mousgoum communities resulting in the killing of 28 people, with at least 74 injured and 25 villages burnt down. The clashes arose from disagreements between two members from each of these communities on the fishing canals and trenches dug by Mousgoum fishermen on land that is also used by Arab Choas cattle herders as grazing land. A peaceful agreement could not be reached in response to the Arab Choa’s complaint that their cattle are falling in the fishing trenches or canals, leading to a fight. What simply started as a fight between two individuals degenerated into an open armed conflict between the two ethnic communities.

The principal ethnic communities (Kotokos, Mousgoum, Arab Choas) living in Logone Birni specialize in a number of livelihood activities. The Mousgoums are essentially fishers/farmers, while Arab Choas are essentially cattle rearers, who can also be marginally involved in farming. They thus compete for the same spaces. All these activities have a relation with land. Members of the different communities that have lived here for hundreds of years are either involved in farming, cattle rearing or fishing as a means of livelihood. However, long time rivalries over access, use and management of land has persisted and has remained a source of most of the inter-community conflicts.

Although the most recent conflict was between fishermen and cattle herders, land related conflicts have always existed between farmers and cattle herders as well.  Generally the recurrent conflicts between cattle herders and farmers in the area have arose because of the intrusion of cattle in to farms which are sometimes located on transhumance routes. Crop damages generate tension between the farmers and herders. Due to the most recent conflict, thousands of farmers, fishermen and herders escaped to other localities within the Far North Region of Cameroon, while others crossed to neighboring Chad. All the people displaced are now dependent of humanitarian aid and many have still not returned to their homes. For the farmers particularly, August is the period they attend to crops in the farms, and with their displacement, this was hardly done, generating fears of an impending poor harvest, food insecurity and hunger in the coming months.

Beyond arbitration from local administrative authorities

For several years, management of these conflicts has centered on arbitration from local administrative officials. But given the complex and persistent nature of these conflicts, prudent and mutually accepted measures by all communities are required for these recurrent conflicts to be addressed. Similar clashes like what occurred in August had already taken place in 1990, 2015 and June 2021. These are believed to be ridden in historical rivalry for political and economic dominance between the principal ethnic groups. Competing occupations and claims linked to growing pressures on land from new arrivals and commercial projects    has further complicated their peaceful co-habitation. Arbitration from local administrative authorities sent to the area has not resolved these rivalries.

Given that the Logone Birni basin harbors one of the main on shore oil exploration sites in Cameroon, its exploitation is another potential source of conflict as different communities may seek their own share of the benefits. With this complexity, finding a lasting solution to the conflicts over the land and resources rights of the different communities in the Logone Birni Basin is urgent.

The Central Government must act in genuine collaboration with communities

In practice, land in Cameroon is governed by both statutory and customary systems, but the role of the central government in land related issues is key. Since conflicts in the Logone Birni basin are anchored on age old rivalries between different communities for access, use and management of land, and are especially exacerbated by more recent forms of pressure on land, an opportunity exists to consider these issues in the ongoing land law reform. For several years, most of the actions engaged by local administrative authorities to resolve conflicts between communities in the region have proven to be only temporarily. Their intervention can only contain the conflicts for some time without necessarily resolving them, particularly when external factors come into play.

The role of the central government is therefore key in identifying, recognizing and promoting community-based initiatives to handle such conflicts, rather than depending solely on arbitration from appointed local administrative authorities. Such local initiatives should be anchored on reconciliation and then collaboration between different ethnic communities. The ongoing review of the land law in Cameroon provides an opportunity to integrate local conflict resolution mechanisms so that land and resources should not continue to be a perpetual source of conflict for communities using them. An additional option is for government to enact overdue guidelines of its land-use planning law to jumpstart the creation of a participatory land use plan that takes into consideration the interests of all land users and legitimate tenure rights holders in the area. These combined efforts can help reduce land related conflicts that continue unabated in different localities particularly the Logone and Chari Division of the Far North Region.