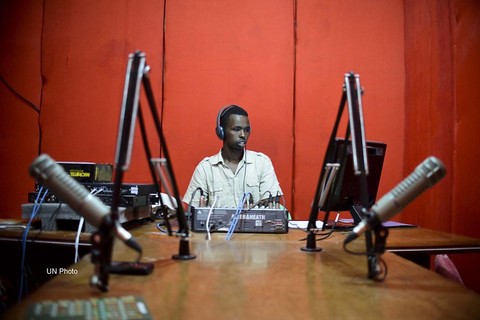 A presenter reads the news at Radio Shabelle, one of Mogadishu's most popular radio stations. (Credit: UN Photo/Tobin Jones)

In Cameroon, many rural communities are unaware of their rights, in a context where they are increasingly challenged by large-scale land-based investments. Sandrine Kouba from RELUFA explains how setting up a radio programme has helped to inform indigenous communities about their rights and enable them to feel better prepared to face investors.

Like many countries in Africa, Cameroon has experienced a surge in land-based investments over the past 20 years, including agribusiness, mining, logging and large infrastructure projects. The Ocean division in southern Cameroon is a telling example of this high concentration and diversity of investments happening in a small territory. Ocean represents less than 10% of the total country. But it includes more than half of the total area of existing agro-industrial plantations in Cameroon (Figure 1). 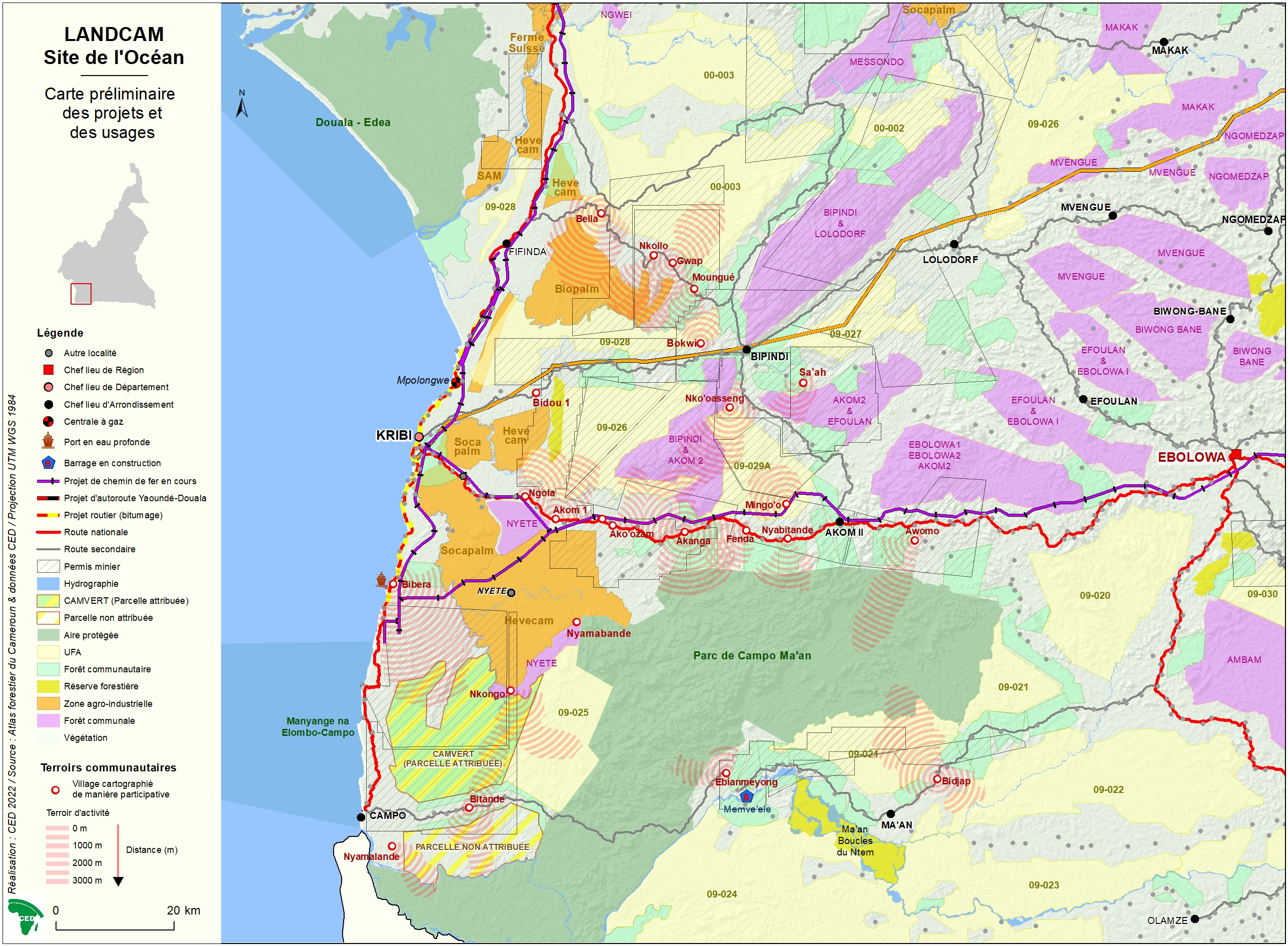 Ocean is home to a variety of ethnic groups, including the Bantu and indigenous Bagyeli peoples, whose rights are often overlooked when land concessions are granted. Communities rarely benefit from these investments and are often worse off.

In Cameroon, there is no centralised registry of allocated land concessions or community lands, nor any effective rights-based investment procedures. So, concessions often overlap with land already occupied or used by local communities, and sometimes even with each other. As a result, these investments have generated numerous conflicts.

In 2019, the LandCam project launched the Land Voice radio programme, in collaboration with local community radio station Nkuli Makeli. The aim was to reach the communities living near large-scale land projects to help them and other stakeholders to defend their interests and rights. The team found working with Nkuli Makeli an effective and cost-savvy strategy to get its messages out to a much larger audience.

The programmes were produced in French and a summary for each was also produced in the Bagyeli language. Prior to launch, the project team assessed the target audiences’ knowledge needs to ensure the relevance of the content. This led to a rich series of radio programmes on topics related to land governance and natural resources, such as expropriation and compensation, corporate social responsibility, or natural resource royalties.

To keep the format engaging, for each show a guest was invited (from civil society or – in rarer instances – from the division-level office of the Ministry of State Property, Surveys and Land Tenure) to provide a more concrete overview of the problems for the themed segments. The themes responded to demands by local communities and reflected the problems they face on a daily basis.

The LandCam team has found radio to be a valuable tool to disseminate accessible knowledge to a much greater number of people than they could have reached through field interventions. And its legitimacy comes from the fact that it reflects the concerns of rural communities. Feedback has been highly positive: listeners have found the programme interesting and a useful way to learn more about the land and natural resource issues that affect them. Listeners were able to call in questions live on air and ask their questions to the guest. Some have asked for several shows to be broadcast again, showing a sustained demand for the content.

Initial feedback suggests that several listeners felt empowered to take action to defend their rights after listening to Land Voice. For example, the Bagyeli community of Nkolo’ong village live beside a large rubber plantation. One regular listener said that Land Voice had been a great help to his community. While listening to the programme on corporate social responsibility, they learnt that they were entitled to several benefits (royalties, compensation, community development actions by the company) when a concession was granted to their forest. The village now plans to demand their rights so that the agribusiness improves their living conditions.

An important lesson from this experience is that working in collaboration with community radio can require significant levels of capacity-building for the journalists and hosts involved, as well as support in programme production. The Nkuli Makeli team did not have the technical capacity to oversee the production of programmes, so the LandCam team quickly decided to hire a consultant journalist, whom they supported in the preparation of programmes.

Land Voice radio has shown that there exist new opportunities for legal empowerment, to put knowledge into the hands of investment-impacted communities. The radio programme is part of a wider approach to improve land governance in inclusive, bottom-up ways, based on complementary research, action and advocacy:

The LandCam approach highlights how using radio to better inform communities about their rights can and should go hand in hand with broader efforts to engage with government and other key actors. To enable positive outcomes from the radio programme, the context surrounding it needs to become more favourable to the issues defended. This can be achieved through sustained, comprehensive interventions, which involve a multi-level ecosystem of activities.

Land Voice programmes are available to listen to on LandCam’s website (in French only).