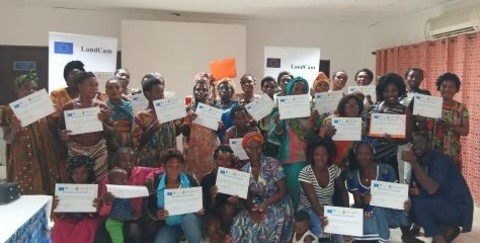 Rural women play an important role in developing family farming and possess traditional skill that makes them the pillars of families, enable them to meet the challenge of food self-sufficiency and fight against climate change. However, despite this privileged role, they are not always involved in the local management of land needed for agriculture, and they are sometimes victims of the violation of theirs rights over the spaces and resources they have long been occupying or exploiting. While several facts may explain this situation, it must be noted that these women's weak leadership abilities and poor knowledge of mechanisms to claim their rights contribute considerably to worsening this situation of marginalization.

A women's capacity-building workshop on leadership and participation in local land management was held in October in Sangmélima, Dja Division, one of the pilot sites of the LandCam project. The training strengthened the abilities of "31 champion women " on the various means of addressing violations of their land rights, and on techniques for community mobilization and participation in community affairs. Participants committed themselves to mobilizing other women to defend their land rights in their respective villages. 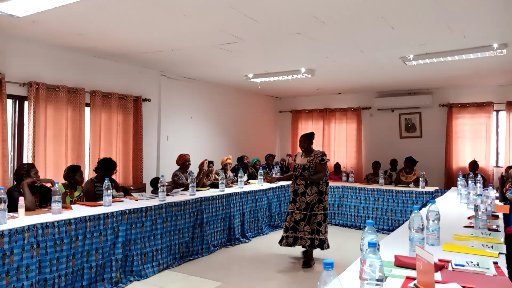 Monitoring conducted in November to assess the levels of knowledge, understanding and implementation of the project by the women who had been trained revealed that restitution was made, first to the traditional leaders and then to other community members. Conscious of the importance of land, the latter, both men and women, also requested capacity building on land rights, mechanisms to solve conflicts, and negotiation with agro-industries.